It’s been a long wait, and here’s my interview with American author and music journalist John Mendelssohn, who published the novel Waiting for Kate Bush in 2004.

And read the whole story in D2. 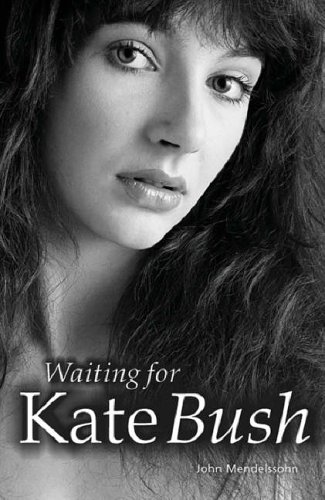 ØH: Why did you end up writing a novel instead of a biography? Did it have something to do with the fact that the life story of Kate Bush really isn’t that dramatic? And that the adoration she inspires in her fan base was more interesting?

JM: I knew that I wasn’t going to get access to her, and that her friends would probably make themselves inaccessible too. I  did the only thing I was able to do. There are lots of artists whose stature continues to baffle me. My wife is a fervent fan of David Bowie, for instance. His music leaves me absolutely cold. As noted, there are at least a few Bush tracks of which I’m in awe.

ØH: One of the things that strike me about your book is that you’ve given room for more criticism of Kate Bush’s work than is usual in more traditional biographies. Did you enjoy writing the voices of the characters who are critical of Bush, and did you have a love/hate relationship with her work personally?

JM: Not love/hate, so much as love/indifference. Some of her work is breathtakingly beautiful. Some of it is unlistenable. I don’t hate the latter, though I do certainly try to avoid it.

ØH: You are writing that “no one had a prayer of understanding” her lyrics? Do you see Bush as one of the most diffuse lyricists in pop music?

JM: I suppose. As a songwriter myself, I disdain those who can’t be troubled to be coherent. Of course, lyrics are by far the least important part of pop music.

ØH: Do you agree that Kate Bush is a pop/rock artist that has been very little influenced by American popular music and culture? What does this mean for her music?

JM: I think you could make a case for her having been profoundly influenced by classic American songwriters like Gershwin, Rogers/Hammerstein, etc.

ØH: You wrote your book at a time when it looked like Kate Bush more or less had retired from music, are you surprised by her comeback, both on record and now also on the concert stage?

JM: Candidly, I don’t think about her one way or the other very often.