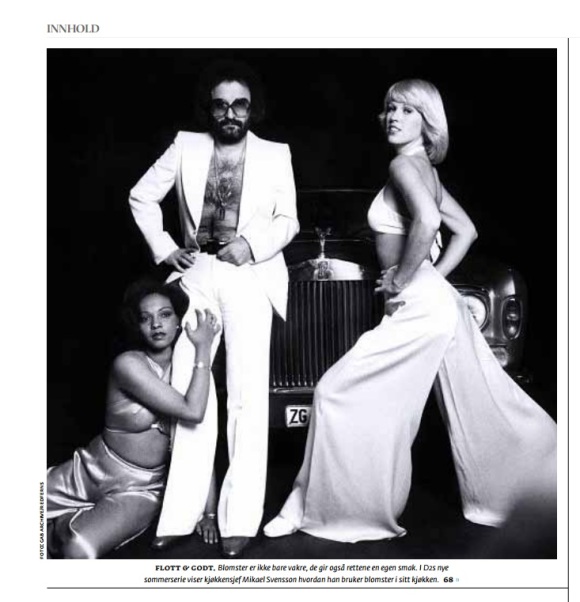 ØH: What are Giorgio Moroder’s most important contributions to the world of popular music?​

TL: Giorgio Moroder stands as one of the most influential producers of the late twentieth century. His influence ranges from helping introduce early synthesiser technology into the pop realm in the early 1970s to the championing of what came to be known as eurodisco in his prolific collaboration with Donna Summer to the forging of a post-disco crossover between dance music and new wave in the early 1980s.

He was also one of the first producers to become so influential he dared to start working as a solo artist in his own right, Giorgio, delivering influential innovative synthesizer-driven tracks such as «E=MC²».

Yet Moroder ultimately enjoyed his greatest impact with just two records, “Love to Love You, Baby,” his debut release with the then relatively unknown Donna Summer, and “I Feel Love,” another track recorded with Summer. “Love to Love You, Baby” captured the imagination of New York DJs thanks to its grinding r&b groove, its expansive sensibility, and its explicit matching of Summer’s orgasmic vocal simulation with an instrumental flow that evoked similar peaks of tension followed by ecstatic resolution.

After taking Summer into a more conventional eurodisco sound that helped establish her as disco’s most commercially successful solo artist, Moroder cut another groundbreaking disco track with “I Feel Love”, which he recorded as the final futuristic track for an album that evoked several different musical eras. The track was almost entirely recorded on a Moog synthesiser, with the only live elements coming from a bass drum and Summer’s voice. As with “Love to Love You, Baby”, the track displays a powerful form of ecstatic sensuousness as Summer submits to Moroder’s track. But in contrast to “Love to Love You, Baby”, where the aesthetic is rooted in the present and repeatedly evokes the human, “I Feel Love” pursues a tangible future as Summer embraces a cyborg identity, sacrificing her sense of self to a technological dance floor destiny. Along with Kraftwerk’s “Trans-Europe Express”, which came out the same year, “I Feel Love” mapped out the basic parameters of dance music for the next 40 years.

ØH: In my research I just realised how much Moroder also accomplished in a few years in Hollywood after the heights of disco, songs and movies I remember as a kid: Scarface, Top Gun, Cat People, Flashdance and The NeverEnding Story.

TL: Yes, Moroder’s post-disco career is interesting, but if you’re asking me to make a judgement I’d say that all of that work didn’t have as much impact as those two key records.

One thing he mentioned to me when I interviewed him for Love Saves the Day is that he was always interested in making commercial music. it’s easy to forget that when we want to talk about his innovations. what’s ultimately interesting is the way he was able to integrate innovative ideas into commercially appealing records.